Biography Of Huzur Shaikhulislam Hazrat Madnimiya
Hazrat Allama Mufti Pir Sayyad Muhammad Madani Miya Ashrafi al Jilani
Sajjada Nasheen Makhdoom al Millat Muhaddith al A’zam al Hind Rahm.
A great Sufi has stated "A holy man is not recognised by his lofty words or by his actions; but by the atmosphere that his presence creates”. When one is seeking a murshid the following has to be taken into account:
"And (we have sent thee) as one who invites to Allah’s (Grace) by His leave, and as a lamp spreading light”
(al Qur’an 33 .46)
Introduction
——————————————————————————–
Throughout Islamic history, Muslims have been blessed with great personalities and leaders who have revived Islam by the nobility of their character, through writing books, and by their demeanour. Our period is no different save for the fact these personalities appear few and far between. In Hadrat Shaykh al-Islam we have a spiritual figure, awesome personality and an outstanding scholar.
To increase our understanding of Hadrat Shaykh al-lslam, a summary of his early life is set out below.
It would be impossible to relay all the early childhood, education, achievements and successes of His Eminence Shaykh al-Islam Hadrat Allama Mufti Pir Sayyad Shah Muhammad Madani Miya al-Ashrafi al-Jilani, but we shall give you a brief factual insight and commentary in the short space we have here.
We would like to thank Imtiaz Ali Ameen Ashrafi, Dewsbury U.K.for his tireless work and effort, as most of the content is taken from his book on Hadrat Shaykh al-Islam.
_________________
Sallu aalal Habib
Asslatu wasslamu alaik yarasulallah
Waala alik wa ashhabik yahabiballah
Hadrats Birth:-
It was in the light of such an Islamic enviroment that Hadrat was born on the 1st of Rajab 1357 A.H. Hadrat was one of six children who are all listed below;
Sayyad Muhamid Ashraf (Majzoob)
Sayyad Hasan Muthanna Anwar
Hadrat Shaykh al-Islam W’al Muslimeen Mufti Pir Sayyad Shah
Muhammad Madani Miya Ashrafi al-Jilani
Ghazi al-Millat Pir Sayyad Muhammad Hashmi Miya Ashrafi al-Jilani
Sayyeda Iqbal Banu
Sayyeda Sultana Khatoon
Childhood
Hadrat’s childhood was not typical as he refrained from normal childhood participation in the playing of games and such. Even at a very young age Hadratled a very pure and simple life preferring to spend all of his time learning about Islam and what he had been taught. In this regard Hadrat followed in the footsteps of his murshid and uncle Shaykh al–Mashaykh, Mawlana SayyadMukhtar Ashraf Ashrafi al–Jilani ‘Sarkar-e-Kalan Rahmatullahi alaih.
Education
Hadrat went to ‘Jamia Ashraf‘ in Kicchocha Shareef and obtained his early Islamic education there. Hadrat also attended school in Kicchocha Shareef where he was regarded as an outstanding model pupil. This Education continued until Hadrat reached the age of fourteen year’s and three month’s when Hadrat’s noble father Muhaddith al–A’zam al-Hind Rahmatullahi alaih admitted him to DarulUloom Ashrafiya, Mubarakpur on 10 Shawwal 1371 A.H under the tutelage of Hafiz e Millat Mawlana Shah Abdul Aziz Rahmatullahi alaih. At that particular time the University at Mubarakpur was regarded as the pre-eminent place of study and excellence for those wanting to become Islamic scholars and teachers in the sub-continent.
Hadrat diligently studied the Dars e Nizami and read all the available Persian – Farsi, Urdu and Arabic books as well as literature not part of his course to gain additional knowledge. Hadrat’s time spent studying was exemplary and relentless in every aspect. So much research would be done that after attending lectures, Hadrat would teach his fellow students the same lectures in case they had not fully understood them. Hadrat spent ten years at Mubarakpur with the same integrity that had been a
distinguishing feature of his childhood. Even after reading his curriculum set texts and studying hundreds of other Islamic books, Hadrats thirst for knowledge remained insatiable.
Lecturer’s had taken Hadrat’s studying as far as was possible
for them, yet Hadrat wanted to acquire more
Hadrat’s desire was to study books on Islamic philosophy and science over and above those already studied. Fortunately at that time the undisputed authorities on teaching these subjects were Jamia Makulat Allama Abdul Rauf and Mufakkiral-Islam Hadrat Allama Mawlana Muzaffar Hassan Zafarabadi. Both recognisedand appreciated Hadrat’s desire to acquire more knowledge that both scholars taught with great enthusiasm and effort, often debating points well into the morning.
At Islamic universities when students are allowed home for the blessed months of Sha’baan and Ramadan, Hadrat would continue to study from his father, Muhaddith al–A’zam al-Hind Rahmatullahi ‘alaih he too would not be preaching during Ramadan. Hadrat’s continuous progress would be supervised
ensuring he spent all year studying Islam. 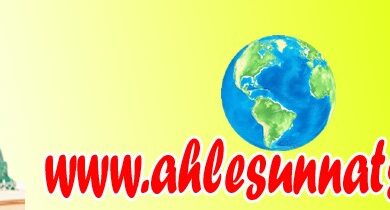